More than any other medium Stan, Andy, and I talk about on the Super Nerd Pals podcast, anime & manga hold an esteemed place in my heart. Since we live in an unprecedented golden age of pop culture & nerdy media, we don’t always have the opportunity to talk about anime and manga though.

However, the winds of change are upon us! This past Friday, we launched the first ever episode of our sister, spinoff podcast – Anime Is Weird! Anime Is Weird is a show where each first Friday of the month, Stan, Andy, and I watch the first 6 episodes of an anime none of us has seen before and to delve into the strangest, quirkiest, and oddest selections the medium has to offer. The first episode, where we reviewed Marvel Disk Wars: The Avengers, is already out; the next episode will come out on Friday – March 4th. The episodes will be posted on the SNP RSS feed. So if you have not done so yet, subscribe to Super Nerd Pals on iTunes, Soundcloud, or your preferred podcast player of choice so you won’t miss anything!

Nevertheless, the great machine that is my inner otaku refuses to be satiated. Therefore, it is with great pleasure that my first anime blog is officially launched! This will be a platform to share my thoughts on the latest trends in anime – most importantly, starting with first impressions and reviews of a number of Winter 2016 anime I’ve been following. I will write diligently and obsessively – sort of like this theses guy here except without the megalomaniacal god complex.

Or the panache. I mean, you can’t make writing more intense and epic than this.

A quick aside about the name of this blog. When cultivating the seeds of this anime blog idea with Stan, I thought I was being clever and original when I came up with the first iteration of this blog’s branding with “Animezing!” However, the name belongs to many a Tumblr blog and is the name of an anime convention in Iowa. Then I thought, “Well? How about Animeniacs?!” But, curses, foiled again – a few outlets and blogs claimed the name too. Which brings us to Fanimeshon. In Romaji, “animation” is spelled out as “animeshon” – and with this being a blog by anime fans for anime fans, I slapped a “fan” right at the beginning. To my surprise, Fanimeshon didn’t generate any other hits! A WIN FOR FOR ME AND SNP!

Fanimeshon will be a catch-all platform to express all of my thoughts and ruminations. Deep inside my head is a swirling vortex of ideas and sketches inspired by myriad of personal interests and muses such as IGN Anime Club, Goboiano, Mike Rugnetta from the PBS Idea Channel, the Philosotaku, Charles Dunbar from Study of Anime, and MatPat from The Game Theorists and The Film Theorists.

I want this blog to conduct reviews and commentary on both the latest anime and manga, as well as revisiting the classics and those I/you may have missed. I want to create strange, thought-provoking, esoteric and philosophical treatises using the medium as a vehicle. For example we could delve into the theory that One Punch Man is actually a social commentary and guide on how to deal with depression. Or perhaps we can explore how Søren Kierkegaard’s existentialism factors into the spiritual conflicts the characters face in Danganronpa?

As hinted in more recent episodes of the podcast, 2016 is the year of JRPGs for me – my New Year’s resolution so to speak. I realized that I’ve been rather limited in my selection of JRPGS – boiling down to the Final Fantasy franchise and other sporadic titles such as the .hack series. Inspired by the heroic exploits of our colleague, friend of show, and talented games writer, Zak Lyons, and armed with excellent sources of JRPG knowledge including Zachary Brictson from the JRPG Icicle Disaster Podcast and the US Gamers’ Axe of the Blood God podcast, I will be reviewing classic and new JPRGs! Ambitious, I know. THERE IS SO MUCH TO CATCH UP ON! This is how I feel right now:

If you have any particular games that you recommend, please don’t hesitate to send me a message!

As a frequent con-goer, I want to use this platform to provide on-the-ground convention coverage, share cosplay photos, and to trade resources, tips, and tools for better costume and prop making!

Most of all, I want to create a dialogue and a community with fellow otaku whether on the website, our Facebook group, or on Twitter (at @SuperNerdPals, the blog’s Twitter – @FanimeshonDesu, or my personal twitter at @KyoNinjaForHire). Let’s talk about anime all day, every day!

It is with great trepidation and excitement that this blog is officially launched! In the great and almighty words of the latest sensation that is Detective Pikachu, “IKUZOU AIBOU!!!”

Chris Samson loves the post-apocalypse, Kamina sunglasses, and doing 100 push-ups, 100 sit-ups, 100 pull-ups, and running 10km every single day! You can find him on Twitter at @KyoNinjaForHire and @FanimeshonDesu. 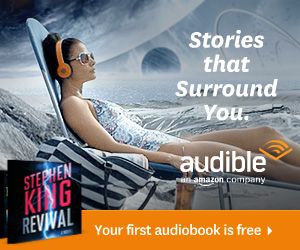